Below is a link to the teaser for the full release, and if you browse the other songs on my YouTube channel, you’ll find download links to some of the full tracks from the new album, as well as others from my back catalogue, and some unreleased material.

New posts coming soon! In the meantime, take a look at my latest release!

I’m about to release my new album on May 21. For those of you who happen to read this blog, I’m attaching the youtube links for free streaming of the instrumental track which makes up the vast majority of the album.

If you like it and wish to support, my Patreon can be found at https://www.patreon.com/user?u=2526738 along with a download of the full, unsegmented track 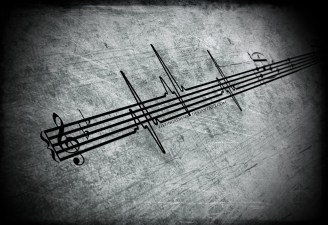 The music, once lifeblood, is wallpaper now.

Distraction packaged to a T. No more introspection.  No more grand concepts to espouse. Where once we found a wellspring of honest communication, a power for true consciousness raising, an untainted form of collaborative self-expression, now we see these things collapsed and eclipsed by the weight of ego and braggadocio.

Somewhere, there was a change. The true talent of expression has given way to the vapid skill of claiming talent at expression. Have we gone so far down the rabbit hole that we are willing to accept this as our escape from the world? Does the call for shallow entertainment carry further than the call for meaning?

Deaf, dumb, and blind, the children dance to rhythm without reason, and rhyme to meet a word count. Futile exercises in formula. Mindlessness. It’s hard to speak wisdom when appealing to the masses. It’s hard to pull the weeds from the garden when you’re sitting on the fence. Still, what’s good to sell is good to buy, and what’s easier to sell than the surface?

We stand close enough to the canvas to see the finer strokes, but not the bigger picture.

The middlemen are multiplying. It’s getting harder to make out the voice of an artist among the others squabbling for position in his work. Platforms are sold according to expected outcomes, and advertisements bring more revenue than human beings.

It’s the coldest kind of war. The separation of life from life. And those who sell the mortar want to build the walls.

In consequence, only marketable beauty is allowed the privilege of generating art. So much for being made of star-stuff, as it turns out, you need to look the part. When you rely on the promotion of others, you need to play the game by their rules. No biting the hand that feeds you.

Short of some cultural revolution, it’s nothing more than a waiting game now. We’ll lack the means to fight the fight when there’s no one left to show us how. And one by one, the men and women who used to lead the way fade away.

When our daughters and our sons have been diluted, then maybe we’ll decide to make a difference. And even now we gamble on the fact that our hindsight will remain just good enough to remember how. To protect innocence.

Meanwhile, we continue to buy these lies. Cheap at the price of the true artist’s livelihood.

One day, a man with no allegiance shooed the songbirds from the trees.

One day, a priest with no religion shunned his flock to wear his fleece.

And in one day, everything had changed.

The victims were saddled with blame, as if by sleight of hand.

At the expense of the man who once gave a damn.

Great desperation makes sweeter the call of the dice.

And blind indignation breeds hatred between you and I.

And one man couldn’t change a thing.

So one million men didn’t change a thing.

Life lies in the minds of mortal men

I etch my thoughts onto paper

Hearts carved into trees by a young lover

Pressing myself into the world

Until all of me is secreted in my writing

Life as an idea in the mind of another

I commit myself to paper

In the end, we are more fragile than paper

Some of us will change the world

for the simple sake of being remembered

But time heals even the cuts of paper

Eternity is finite too

And with no minds left to hold ideas

They fade, as we do

A universe without eyes

If this is your calling, you’d best stop this fuss

You haven’t the time. It’s a spent luxury

Exhale for luck. Odds are for supper

Evens supplies for the next work to be

The painter who hangs on the wall for a change

While the young art collector, the market projector

Determines his fate with a glimpse of his teeth

She’ll enrich your life and paint you a clown

Her arms are holding you

If you must take the chance, put your shoes on to dance

You must play the game or be lost in the noise

And if fashion desires, you’ll stay for a while

Losing your passion as you serve with the boys.

And you may find it strange, as they move into range

The audience turns on the fool at the feast

At the end of the day, something’s got to hang

You may as well make it a canvas, at least

Joe Walsh has often been seen with this instrument. It has toured with him and the Eagles, and perhaps most infamously, was his guitar of choice for the “Strat Pack” concert at Wembley, an event to mark the 50th anniversary of the Stratocaster in 2004.

Rumours about this Strat abound on the internet, but Alan Rogan, guitar tech to Joe, Pete Townshend, George Harrison, and the Rolling Stones among many, was stage manager for the Strat Pack concert, and gave an interview to Guitar and Bass Classics magazine, where the had this to say about the Strat:

“Joe likes the sound that rosewood gives… It’s very different from the usual maple. It’s really hard, so I had it refretted with Joe’s preferred frets, which are higher than normal so he can get under the string.

At first we had the neck on a ’54 reissue body, but now he’s put it on an Eric Clapton body and it’ll probably stay there, because it’s really working out. It’s from the Fender custom shop, and the pickups are noiseless.”

So there you are. For those still wondering about the origin of the instrument, it is a Rosewood neck from a ’54 reissue (something like the one pictured below), on a Clapton body.

– The Price of Admission

It’s okay to be wrong. So why do we fear it so?

Why do we go to such extreme lengths to save face instead of focusing on the potential gains of being wrong? What factors have conspired to make the prospect of being seen to have been wrong – implied by the act of changing one’s mind – a more unsavoury prospect than continued denial of facts for the sake of what essentially boils down to tradition?

To elaborate, by means of a contemporary example, it’s a phenomena which has been commented on in passing with increasing regularity since the election of the 45th President of the United States of America – If so many people who voted for him still support him, given the values he espoused during his campaign, and given his achievements to their detriment, as well as his general behaviour and temperament since his election, what could be done to change their minds?

Well, perhaps the answer is nothing.

We have all had conversations with people who knew their position before they started, and who would go on to scour the terrain of the subject for any support for their ideas, rather than daring to question their own pre-established wisdom. The vast majority of us would admit to recognising this behaviour in ourselves as well, I’m sure.

The turning point is marked by this realisation. It’s one thing to attempt to support your beliefs, but when you come to the realisation that you are doing so in the face of other evidence, for the simple sake of sparing yourself the perceived embarrassment of being wrong, then the time has come for some real personal growth.

It’s okay to be wrong.

More than that, in fact. It’s a prime mover in how we advance as individuals and as a society. Progression comes at the price of change to the established order of things.

When we allow ourselves to buy into the idea that an admission of a lack of perfect knowledge is detrimental, that we must maintain the illusion of appearing right at all costs – even at the cost of ACTUALLY BEING RIGHT! – we perpetuate a world where influences which seek to expand our knowledge are feared, where science is ridiculed and dismissed, where one person’s opinion is as important as any other, regardless of what evidence can be brought to bear on the matter.

We stick to our guns, even when they are pointed back at us.

Who among us would comfortably admit to defending a position they knew to be wrong? Should we not deliberately seek out conflicting opinions to be sure of the validity of our own positions?

It’s fairly intuitive that this problem could be partially averted by the reader paying more close attention to their opinions and motivations, so I won’t go on to lecture.

Instead, there is a simpler solution to implement, the least that can be done to remedy the situation. The next time you witness someone change their mind, or acquiesce in the light of information they didn’t have, or hadn’t seen in a new way before, take the time to appreciate it. To mention it.

The only way out of this is together. We all need each other’s help to drag ourselves into the future.

As some of you will know, I’m working on putting out a new album in the near future, once I’ve solved some equipment issues on my end. In the meantime, here’s one of the tracks, “Perhaps It’s Time…”

Pity the children left behind

born at the top of a steep incline

gifted the slagheap that we designed

told we were justified.

but perhaps it’s us who need to change

Think of the leaders, through whose fingers

Think of the chosen ones who stand

in wings and leave the stage unmanned

beneath the velvet curtain

Pleasure is the game we close our eyes to play

So perhaps it’s time we make a change

We shake ourselves from childish stares

extolling the virtue of a world unfair

the cold of the cynic is all the rage

To be content seems quaint when all of this remains

put distraction down and make a change.